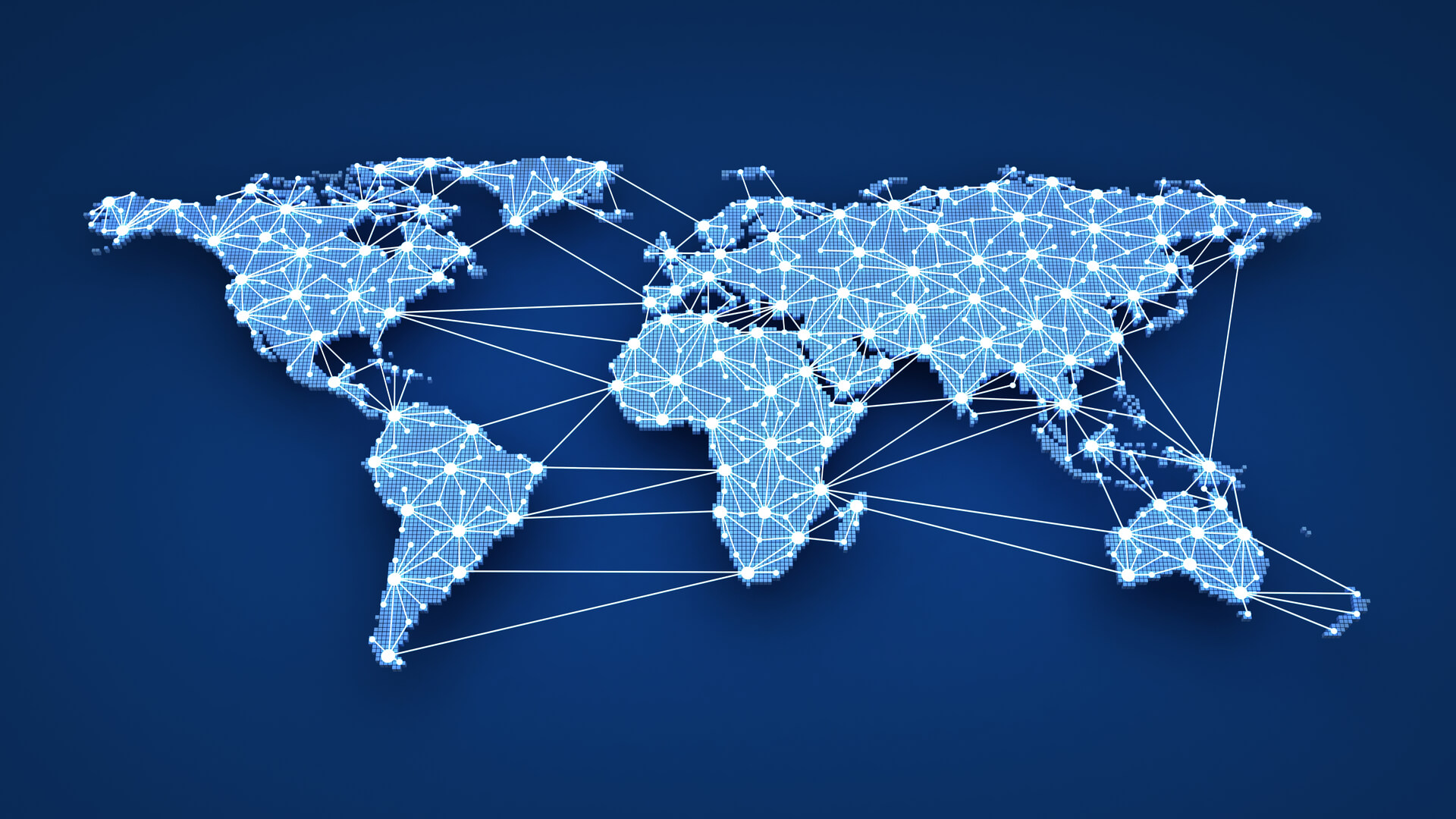 The History of the World Wide Web

The History of the World Wide Web

We use the internet to do research, to learn, and to help us do things that we couldn't do without looking at instructions.

Businesses use the internet to collaborate in their offices and even in the lobby. Financial transactions are processed in seconds; communication is instantaneous. Even our local and federal governments rely on the internet to run their day-to-day operations.

The internet itself is barely fifty years old and the World Wide Web less than thirty years old, yet if either were to disappear, modern businesses would practically cease to exist. How could such an influential system develop so quickly? It all started with a simple idea from J. C. R. Licklider.

In 1960, psychologist and computer scientist, Licklider, launched the idea of ​​a network of computers linked together by "broadband communication lines" through which they could share data and information storage.

Licklider was hired as the Head of Computer Research by the Defense Advanced Research Projects Agency (DARPA), and his idea took off.

In 1966, MIT researcher Lawrence G Roberts had devised a plan for "ARPANET", a computer network designed to withstand power outages even if a few computers were idle. The first ARPANET link was established on October 29, 1969, between the University of California and the Stanford Research Institute. Only two letters were sent before the system crashed, but that was all the encouragement the computer researchers needed.

Other universities and hosts were added to ARPANET as the system stabilized, and by 1981 there were over 200 hosts on the system.

A number of other computer networks have sprung up in ARPANET's wake, including the Merit Network, CYCLADES, and the first international packet network, IPSS. However, with so many different systems, something had to be developed to integrate them all into one.

Robert Kahn of DARPA and Vinton Cerf of Stanford University worked together on a solution, and in 1977 the Internet Protocol Suite was used to seamlessly link three different networks. Using this new protocol for data transmission, the National Science Foundation in 1986 created the NSFNET, capable of processing 1.5 megabits per second, which replaced the now obsolete ARPANET.

The World Wide Web, or WWW, was created as a method of navigating the now extensive system of connected computers.

This program was designed to make information easily accessible to users and to allow a user to explore the relationships between different pages (i.e. click to go to another section of a website).

In 1990, with the help of Robert Cailliau, Berners-Lee developed the backbone of the Internet, comprising a browser and a web server.

Unfortunately, the world was not ready for his ideas. The web was still a series of simple text pages that were difficult to navigate and inaccessible to most people. But that all changed in 1993 with the release of the Mosaic web browser, which allowed users to explore multimedia online. The year 1993 also saw the introduction of the first modern search engines.

Although the first search engines were primitive, mostly manual and only indexed titles and headings, in 1994 WebCrawler began to "crawl" the net, indexing entire pages of active websites.

This technology opened the door to more powerful search engines and made it easy to find vast amounts of connected information. That same year, Berners-Lee founded the World Wide Web Consortium (W3C) to help develop the ease of use and accessibility of the web, and made free and patent-free a web standard for the public.

The aptly named dot-com boom of 1999 saw many people move their businesses online, such as newspapers, retailers, and entertainment bureaus. Back in the day, websites traditionally created and published their own information, which was simply viewed by site visitors, with little or no interaction between creators and users.

In the late 1990s, Usenet newsgroups had been phased out in favor of applications such as Yahoo clubs, which became Yahoo groups. In fact, in 2001 Google acquired the Usenet archives and made it the basis of its own Google Groups. With the growth of the web, users have started to demand more interaction from the sites they visit, and the result – commonly referred to as web 2.0 – has been a more social internet.

It is a web in which site owners and their audiences are constantly interacting, average users can become content providers, and visitors are able to create a unique and personal internet experience.

Around the same time as the internet was transitioning to Web 2.0, the World Wide Web also began to shift away from stationary desktops and bulky laptops as more and more users began to access content online via their mobile phone.

The first web-enabled phones had tiny screens, weak processors, and were linked by slow wireless connections. Therefore, viewing traditional web pages was a frustrating experience. However, as millions of smartphones began to sell each year, the internet quickly adapted to mobile users.

Initially, most websites accomplished this adaptation by creating an entirely separate site for their mobile audience. These sites used fewer graphics and a simplified text layout to improve transmission speed and readability.

Over the next decade, however, cell phone use continued to grow, mobile devices became more powerful, and mobile networks became faster. Mobile websites have become able to offer the same multimedia experience as traditional websites, and the maintenance of multiple sites has become inefficient.

Most website administrators have moved away from the separate site model in favor of responsive websites that tailor their look to the type of device used or screen size.

At the same time, as smartphones and tablets became the dominant mobile technology, many websites began to offer similar functionality and content through mobile apps, which allowed them to take advantage of device-specific features.

With annual smartphone sales now in the billions and the majority of web browsing now on mobile devices, it's rare to find a site that isn't compatible with mobile phones.

If you’re seeking a responsive web design, look no further than EWM., an innovative digital design and development agency offering bespoke services to clients of all types and sizes.